We were proud of our VP Sheila Wong to be honoured and inducted into the CAEM Hall of Fame. 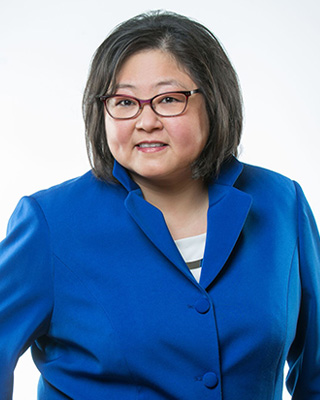 CAEM’s Hall of Fame Award winners are a pretty elite bunch of exposition management professionals.  To be a Hall of Famer you must have achieved prominence in the industry in general, and also through your activities in CAEM.  Our 2016 Hall of Fame Associate winner has done exactly that.

This individual doesn’t know the meaning of the word no – at least when it comes to CAEM.  Their support for the association as a sponsor and volunteer is long standing and generous.  From serving on the Board of Directors for five years, to Co-Chairing the annual Conference, to writing articles for Communique, acting as a champion and mentor for the CEM program, to regularly sponsoring CAEM events, this individual has carved out a significant profile in our industry and within CAEM.

Our award winner has a genteel composure and a calmness in their demeanour. – really?  When you are having a conversation with this person, you very quickly understand the passion they bring to everything they do.  No matter what the committee, this CAEM member is always in there for 110 percent, bringing a calm enthusiasm and energy that spurs everyone around them on to success.  When you consider that this person is a partner in a business that employs over 1,000 people, it is all the more remarkable.

And then there is the quick wit and sense of humour.   A pragmatic and down to earth person who is very generous with their time, our award winner has an innate ability to answer your question with a clever one liner.  If you have had the privilege of serving with this person on a subcommittee, you will almost assuredly have found yourself at some point wondering what you signed on for, but in the end, knowing that you were immensely grateful to have been part of such a successful undertaking.  This individual’s spirit of leadership on a committee is nothing if not infectious.

After I got the call from Lisa McDonald telling me that I’m being inducted into the CAEM Hall of Fame, the first thought that came to mind was “Am I that old?” Then as the news sunk in, I had a more profound thought. It dawned on me that Canadian actors who win a Gemini Award soon fall into obscurity … hmm? How does that work with the CAEM Hall of Fame?

No seriously, putting my usual irreverence aside so you don’t regret your choice. Thank you to all of you … our clients … our partners and our friends. You’ve given me the opportunity to do what I love.

As an entrepreneur, I’m often asked how I got into this business. Like most of you, we fell into it. But unlike most, our first two trade show clients went belly-up before we got paid. The first was PC World … whose fate was doomed with the arrival of COMDEX later in 1993. The attendance was so poor that our staff were asked to be bums in seats at the key note. We were too naïve back then to realize that there may not be enough money in the coffers to pay our invoice post-show.

The second was another computer show, whose name I can’t  recall … and for good reasons. I just remember this show was in direct competition with Bruce and Jai Cole’s long running Multimedia Show. It was a disaster from the get-go. It was held in the Queen Elizabeth Building at Exhibition Place. The power had been turned off when the show was suppose to open. Black and MacDonald had not been paid. With no power, it meant no computer registration. It was with Auto-Reg at the time. Henk was onsite that morning with an angry mob. He called me as I was home in bed with a fever of 103 degrees. He was a wee bit disheartened still smarting from our one-show experience knowing that we would’nt be paid once again. But we soldiered on.

With two shows under our belt and not much to show for it except for the accolades from the registration company, we were wondering what kind of people work in this industry? How did other suppliers do it? So I asked. It turns out that suppliers asked for deposits and clients actually paid them. What a concept. It didn’t take long for me to realize the power in associating with industry colleagues, not just networking with potential clients but with their suppliers.

Association isn’t just a clever name. In 1994, a year after we started specializing in trade shows, I joined CAEM. What a great place to learn from peers and more importantly forge a life time of friendships and even some loyal clients.

I didn’t know this then but in reflecting back on the past 24 years in business, we really are entrepreneurs. I have learned three things over the years about this business. One, you need to have an iron-clad stomach to live through failure. Two, you’re not in a sprint but a marathon. This means constant training and learning. One of the reasons I got my CEM designation.

And finally, you need to surround yourself with people who are smarter than you.

Being honoured here today has been bitter-sweet. Serge called me and told me to keep it a secret but I could tell my employer and family. Of course, Henk was the first person I called, my work husband, followed by my life husband, Ross Howey. Then I picked up the phone to call my father but had to stop and put the phone down. You see … my Dad had passed away suddenly just before Christmas.

I owe much to my parents. My father and my mother, who passed away four years ago. They were instrumental in my success … supporting me throughout my career … and allowing me to pursue the opportunities that have led to today. Can you imagine growing up in a traditional Asian home in Calgary, being the only daughter and the youngest of three and wanting to leave home before she got married … to Toronto, no less?

For the people whose lives he touched, he was very wise and always had ready advice or sayings to enlighten whatever malaise you were experiencing. It’s like growing up with my own Confucius. But to me he was Dad, loving and kind.

I affectionately call him Yoda Dad. Wise he is, and the Force was strong with this one. He even looked a bit like Yoda.

Here are my parents

Keep your virtual meetings on track and enable an easy process for your participants with an experienced moderator. Support For Your Virtual Meetings
Live Marketing & Promotions